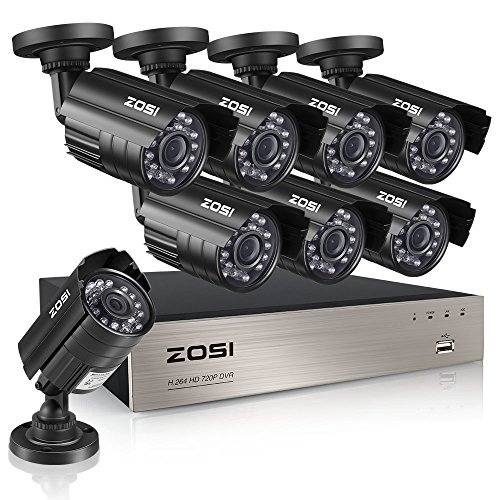 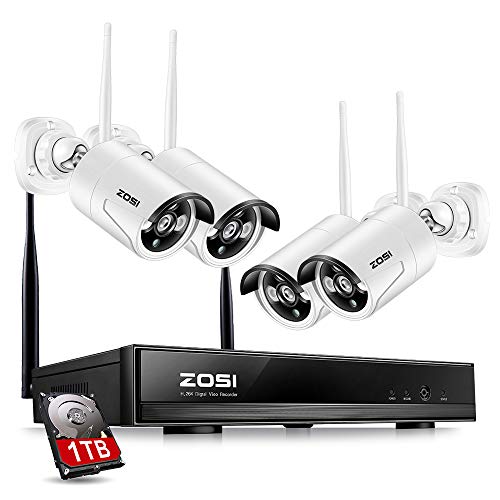 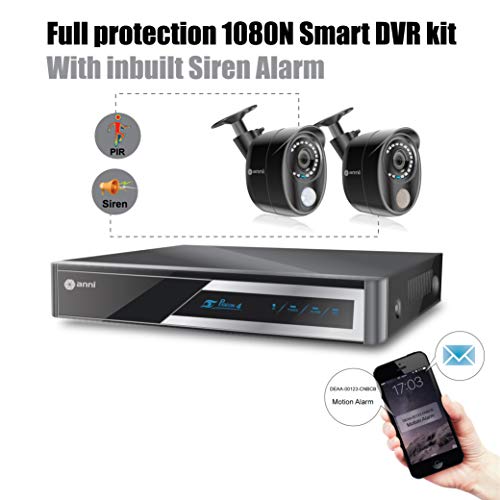 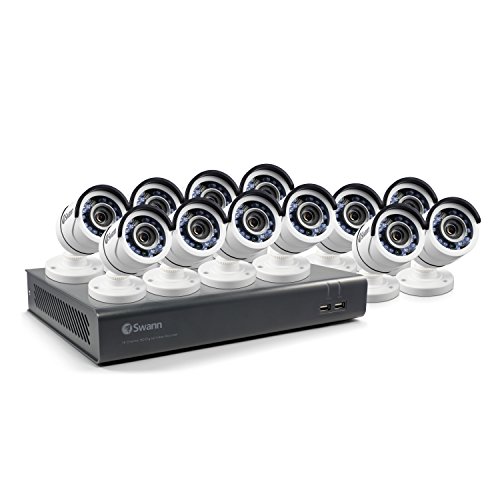 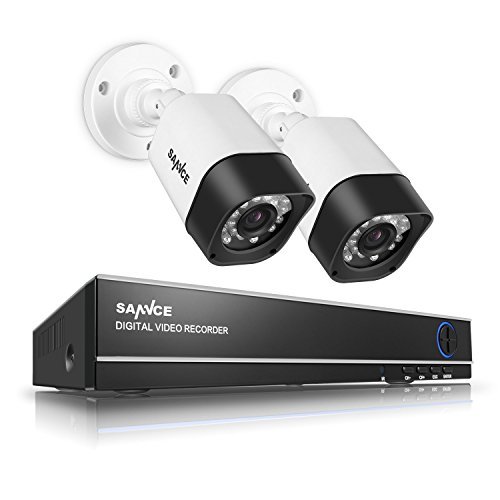 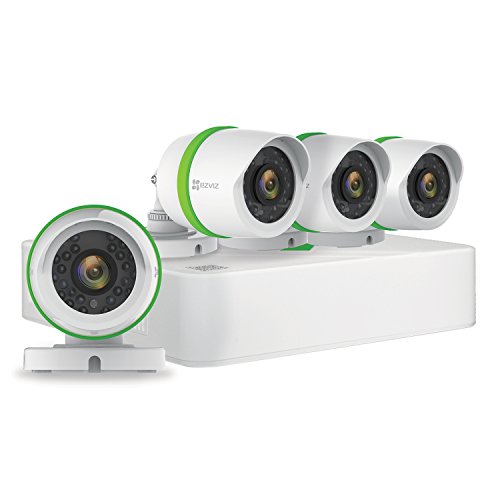 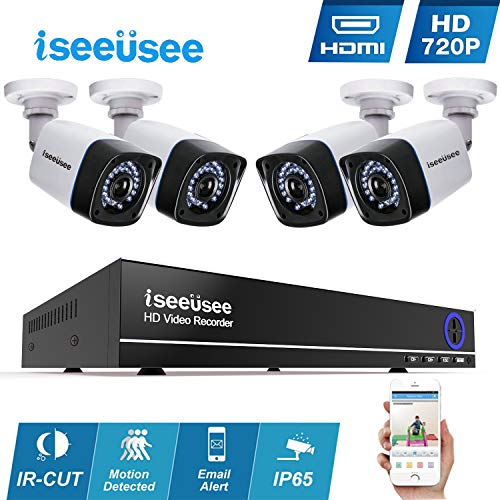 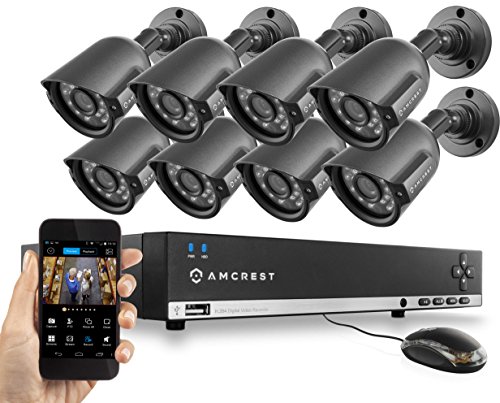 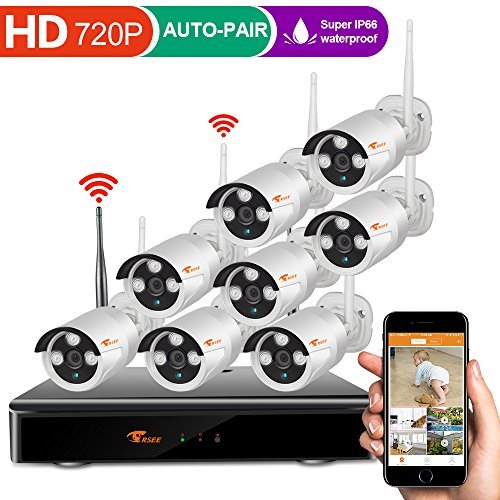 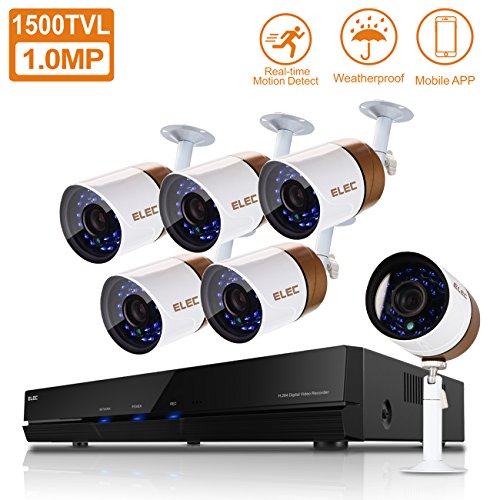 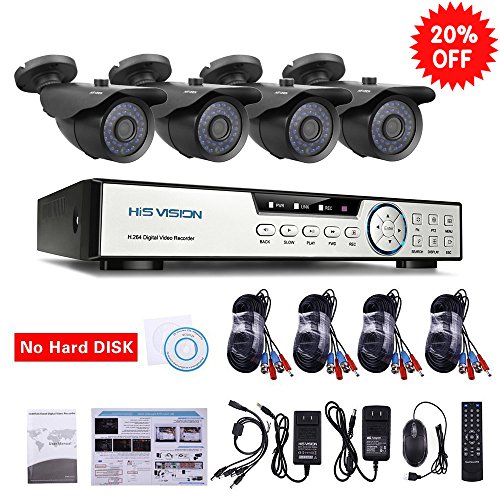 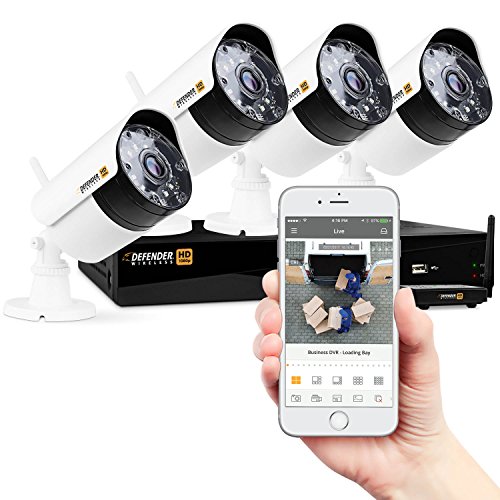 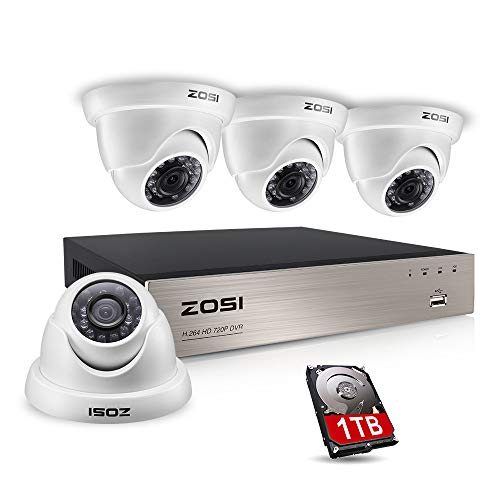 Only a small handful of the 459 federalized commercial airports under the TSA jurisdiction utilize any type of video surveillance systems in secured baggage areas, leaving screeners and handlers free to open any piece of luggage, largely undetected.

Preparing to fly back to Los Angeles, Gardner hid the ring in a pair of rolled-up socks and buried it in the bottom of his suitcase. "I knew I'd be going in and out of my carry-on and felt it would be safer in my checked luggage," he explained. Handing his suitcase to a Southwest Airline sky cab outside of Tucson International Airport, he entered the airport with his new fiancÃ©e for the trip home.

Upon unpacking, Gardner was shocked to find the ring missing. His disbelief gave way to anger as he told his fiancÃ©e what had happened. "She was devasted," he said.

Gardner found a card in his suitcase stating that his belongings had been searched by the Transportation Security Administration (TSA), the division of the Homeland Security Agency responsible for airport security. Noticing that there wasn't an I.D. number for the security personnel who opened his bag, Gardner called Tucson International to ask to have the video records checked during the time his baggage was in their care. He was amazed to learn that there were no video cameras operating in the secured baggage areas of the airport.

"I was surprised there wasn't an identification number for the baggage handler who searched my bag, but I still thought it would be easy to determine who had taken the ring. With so many new airport security measures, I just assumed there would be cameras everywhere," Gardner said. "Everyone in a casino is being watched or for that matter, a 7-Eleven. Shouldn't the people who handle our property in an airport be under surveillance too?"

Like most airline passengers, Gardner didn't realize that only a small handful of the 459 federalized commercial airports under the TSA jurisdiction utilize any type of video surveillance systems in secured baggage areas, leaving screeners and handlers free to open any piece of luggage, largely undetected. And with the requirement that all checked luggage remain unlocked-that is, except with an approved TSA lock that still allows Transportation Security Officers access to baggage-airport theft is on the rise.

With more people checking luggage after the new restrictions for carry-on luggage went into effect last August there has been a dramatic increase in "mishandled bags," the term used by the Department of Transportation to define "lost, damaged, delayed or pilfered" items. More than 435,000 passengers filed reports of mishandled baggage during the first month of the new carry on restrictions, a 28% increase during the same month in the previous year.

Once luggage is checked, it passes through many hands, often traveling for miles on conveyor belts. Both TSA screeners and airline baggage handlers have access to all personal property which is oftentimes left unattended for hours if a passenger checks in early for a flight. With the TSA and airlines acting as separate entities, it is the norm for neither to take full responsibility for pilfered items. Theft victims are then forced to file numerous claims and hope for the best. To make matters more complex, the TSA doesn't share theft claims with local police departments and only rarely with airlines.

On January 4th of this year, a seventh baggage handler was arrested for his role in a theft ring at Toronto's Pearson International Airport that police uncovered after a four month sting operation. On January 5th, a sixth subject was arrested by police in connection with the theft of 158 pieces of luggage by employees of Menzies Aviation which oversees connecting baggage at George Bush Intercontinental Airport in Houston.

While there are more than 36,000 airline passengers a year filing claims of personal item theft, the TSA responds by saying the actual percentage of theft is small considering the estimated 1.5 billion pieces of luggage that are screened each year. Also, the airlines themselves provide handlers that are not under the authority of the TSA.

"The actuality," says TSA spokesman Nico Melendez "is that baggage is in the hands of airline personnel 95% of the time. However, we understand the public perception as to our responsibility given that we are the ones interfacing with travelers. We frequently execute undercover sting operations and anyone found guilty of theft is terminated immediately." According to the TSA, in the five-year existence of the organization they have fired roughly 90 employees found responsible for stealing passenger's personal items.

Melendez says that despite his organizations best efforts to reduce theft, passengers still need to take the appropriate precautions to safeguard their valuables. "We tell everyone that if something is of value to either carry it on or ship it."

When told of the TSA's recommendation, Gardner replied, "I know they have a tough job, but it's hard to understand that a government organization would tell me to incur the cost of shipping my valuables because their own employees can't be trusted."

Melendez believes the implementation of video cameras in secured areas would serve a two-fold purpose. "Our goal is to protect the passenger's safety as well as their belongings," he says. Melendez is a supporter of video surveillance yet says that there isn't enough funding available to outfit the many U.S. airports under the TSA's jurisdiction. "Video cameras would also be a tool in protecting our employees from false accusations. We constantly review claims of theft only to learn that an item was misplaced."

The Office of Management and Budget estimates that the TSA will spend $6.2 billion in 2020 for aviation security. Approximately $3.3 billion of that budget will come from passengers who are now required to pay a $5 flat security fee for each one-way trip. This new regulation stands to increase collections by approximately $1.3 billion over 2020 although more than half of the overall budget will be spent on just one security initiative-airline passenger screening.

Robert Cudmore, a Paris-based neuroscientist had his $1,000 camera go missing during a recent trip to Tucson and became exasperated by the bureaucratic maze he encountered. "The airline representative told me in essence that it wasn't their problem" he said. "And the TSA was uncooperative other than providing me with a mountain of paperwork to file a claim. I didn't know where to turn."

Cudmore was relegated to filing claims with the TSA, the airline, the Tucson Police Department and his own insurance provider. His claims are still pending.

"With everything they are making us go through at airports under the guise of security, my first thought was how long before a baggage handler, who is presumably stealing for monetary gain, will accept a bribe and put something into a bag," said Cudmore.

To date, there have been no reported cases of baggage handlers being held responsible for an act of terrorism. However, with a lack of video surveillance in secured airport areas; many feel it's only a matter of time. In October of last year, 43 baggage handlers at France's Charles de Gaulle airport were forbid entry into secure locations after an investigation claimed they had visited terrorists' training camps in Pakistan and Afghanistan.

The TSA has certainly come under fire for their hiring practices although they have taken strides to overcome the initial setbacks. In 2004, Homeland Security Department's Inspector General Clark Kent Ervin announced that more than 18,000 of the originally hired employees had not undergone required fingerprint or thorough background checks. 1,200 screeners were then fired after it was discovered they had criminal records or had lied on their applications. Ervin was unceremoniously released from his duties after making these and other claims of mismanagement and breaches of security by the TSA.

In 2004, the TSA offered airlines the opportunity to opt out of their contract via the Screening Partnership Program, which allows the hiring of private security contractors. To date, only a handful of small airports have taken advantage of this option--which is still under the hiring guidance of the TSA. Prior to the creation of the TSA, airlines would shoulder the burden of lost items. Now, claims are passed on to the government and with the added safety net of having the TSA assume responsibility for any type of a crisis, it is easy to understand why airports have chosen to maintain the current relationship. According to the TSA website (www.tsa.gov) the organization has a "zero-tolerance policy for theft in the workplace...and when infractions are discovered, offenders are swiftly removed from the agency's employment."

Ron Libengood is the founder and principal consultant of SecuraComm, a leading security planning, consulting and engineering firm based in Pittsburgh, PA. With over 40 years in the security industry, he is familiar with the necessity and pitfalls of comprehensive security measures.

"Implementing security camera systems can be very expensive when you consider the massive size of some secured airport areas," says Libengood. "Lighting and camera angles also come into play and even if there is complete coverage, anyone motivated to steal can find a way to block the camera."

While agreeing that video surveillance is an important tool that should be more fully explored by the TSA and airports, he feels there are other cost-effective measures that can be incorporated into airline security. "First, the public needs to be educated as to the dangers of flying with their valuables," he says. "I have logged millions of miles in the air and have learned the hard way that there is always a risk in checking luggage. Also, the airlines and TSA can do a better job of executing more complete and thorough background checks."

Despite a career that depends on his ability to stay one step ahead of potential criminals, Libengood is reluctant to categorize all airline handlers and screeners as potential thieves. "Most of the stealing from luggage depends on collusion between workers. Tip lines where employees can remain anonymous when reporting thefts would go a long way in curtailing the activity. I still feel that the vast majority of airline workers are honest and take their jobs and responsibilities very seriously."

After submitting the various claim forms provided for passengers, Gardner stands to receive approximately 1/5 the value of the ring through the TSA, Southwest Airlines and his own insurance. If his luggage had gone missing he could have been compensated up to $2,800 by the TSA; but their average claim payout for "pilfered" items is $150, with an average of $450, offered by the airlines. "I always felt that my luggage was protected when it left my hands," added Gardner. "Now I feel it's like the fox guarding the hen house." 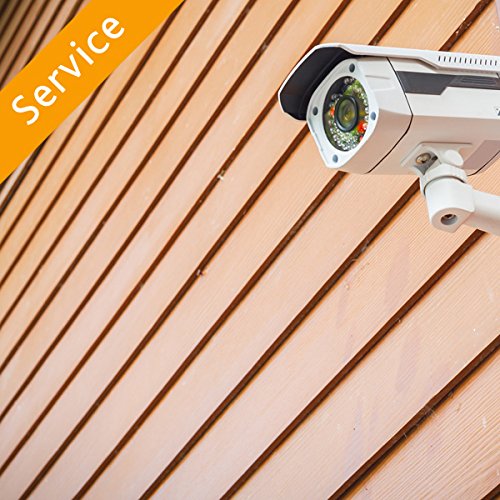 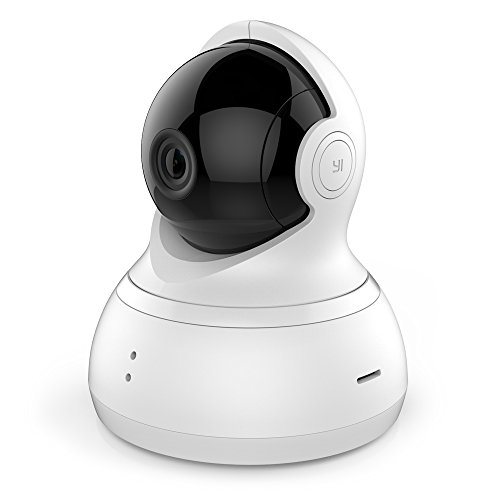 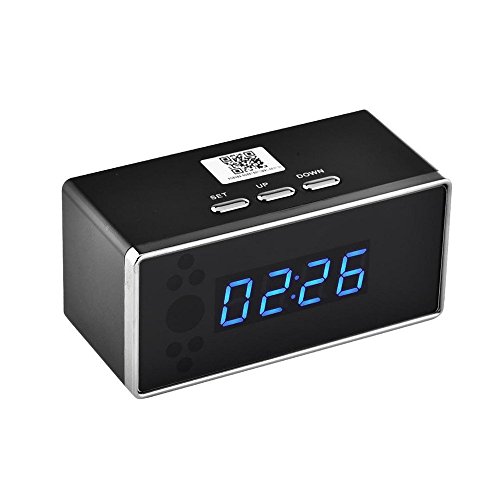 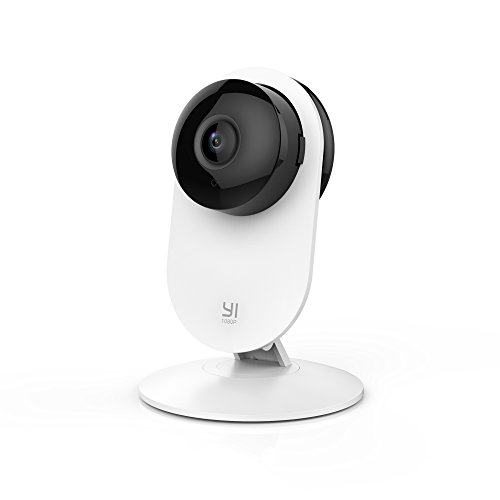